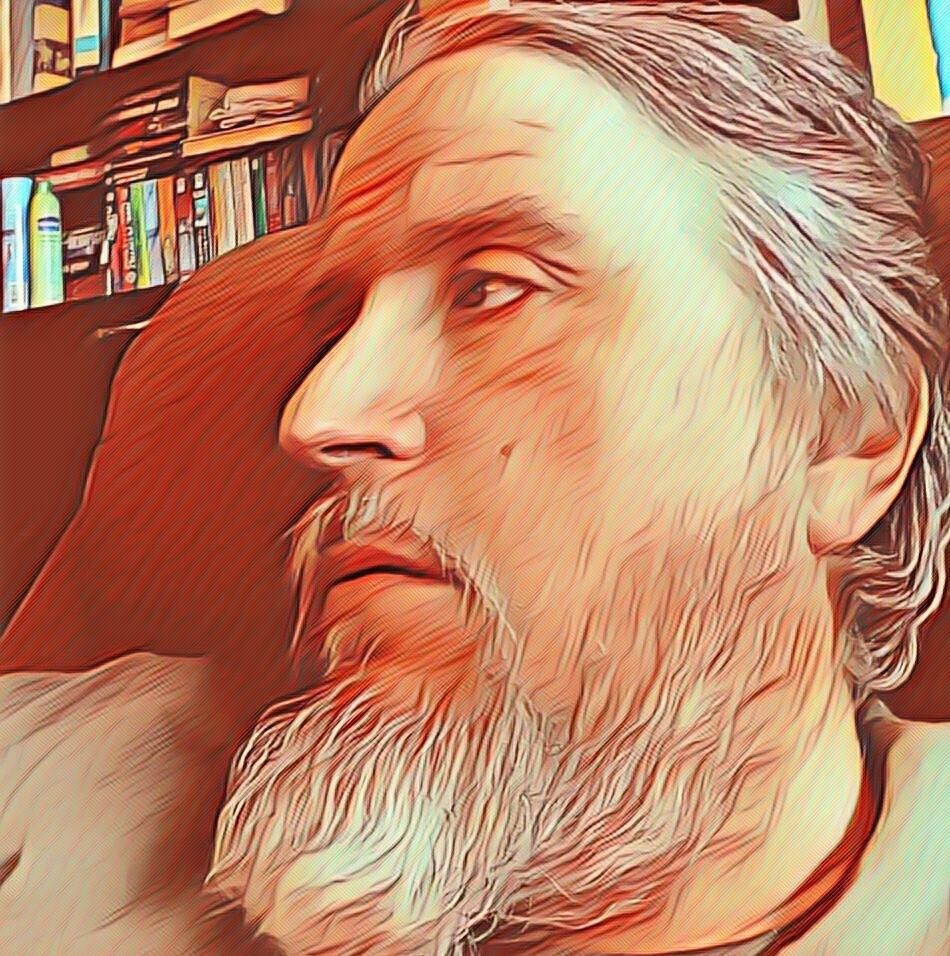 "I was seriously born breech birth; yep, I came into this world making a literal butt of myself. Once arriving on May 1, 1958, my parents were told that I had spina bifida and that I would never walk, nor father any children. Nevertheless, I compensated quite well, and have learned to not only walk, but run fast enough to catch up to my first wife and successfully spawn two healthy kids! My love for music began on February 9, 1964 at the age of five, when my father allowed me to stay up and watch The Ed Sullivan Show, featuring for the first time in America a live performance by The Beatles. I can still clearly recall the experience and the excitement surrounding it. John, Paul, George, and Ringo became my childhood companions from then on up until my teens. Years later, I discovered Bob Dylan and Paul Simon, and knew that I wanted to write songs. I was kicked in and out of the only band I ever joined at least six times! We called ourselves Close To Home, which was quite fitting considering that that was one of the only places we ever played. I went at it alone, but had to get a job instead of pursuing my musical endeavors; in spite of this, I continued to write and have written over 200 songs in my lifetime. I have just begun seriously pursuing my Singer/Songwriter career since retiring from the phone company. After a brief stint with health problems, I began playing the Coffeehouse circuit in Oklahoma. Just recently, I've been in partnership with Canadian published author, Brian Wrixon, who has written a stage play entitled, The Painted Acorn; a love story centered around World War 1. He chose me to write the musical score to the play, which is to be geared toward high school drama departments and will hopefully begin touring on a wide scale in the fall of 2016. I myself have authored one unpublished humorous novel, Aboard My Train of Thought, and am working on two others right now. I recently graduated from Ashford University in January of 2016, with bachelor of arts degrees in both History and English Literature, with a minor in Psychology. What I gained from school sharpened my raw talents in writing, and as a result of having to write papers week after week, my writing has become more prolific. I am just now at the threshold of my career in both music and literature; I hope you will join me for the rest of the ride." --- Scott Endsley